The H-20 Stealth Bomber: China's Biggest Threat to the U.S.? 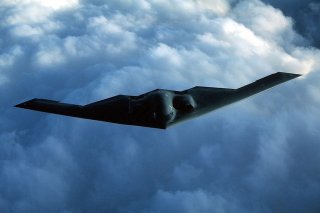 Key Point: The H-20 could impair the ability of the U.S. to intervene in a major military conflict in the Pacific.

The Chairman of the Joint Chiefs of Staff reaffirmed the strategic importance of the Pacific late last week, calling it “the no. 1 regional priority for the United States military.” China People’s Liberation Army Air Force (PLAAF), however, is forging ahead with a long-range strike bomber that threatens to hamstring U.S. military’s ability to project power in the region.

Early reports that the PLAAF is planning to replace their aging H-6, a license-built version of the 1950’s Soviet Tu-16, emerged in 2015. In the following year, PLAAF General Ma Xiaotian told Chinese news outlet China Daily that a new bomber is in development and will enter service “sometime in the future.” It was revealed in 2018 that the PLAAF is working not an advanced variant of the Tu-16, but on a new subsonic strategic stealth bomber: the H-20.

Chinese military doctrine sees the waters off China’s Eastern coast through three interconnected chains, a concept adapted from Korean War-Era U.S. strategic thinking. The first chain encompasses the East and South China Seas, notably including the state of Taiwan. The second chain extends from Japan to Micronesia, while the third stretches from the Aleutian Islands to Hawaii. China’s long-term Pacific strategy is to dominate the first chain, contest the second, and threaten the third. But to accomplish this ambitious goal, the Chinese military must develop an effective deterrent against the principal source of U.S. power projection in the Pacific: Carrier Strike Groups.

Enter the H-20, which boasts a reported operating range of over 5,000 kilometers and is capable of carrying a conventional payload exponentially greater than that of the H-6. Most importantly, the H-20’s package of stealth features can potentially allow it to travel much closer to a carrier group than the H-6 before engaging, giving the target a smaller window of response. The H-20 is also more suitable for a preemptive “first day of war” strike against hostile air-defense and radar systems, allowing the PLAAF to more safely use weapons with a larger radar footprint in the later stages of a prospective conflict.

The H-20 appears to sport a flying wing design that bears an uncanny, if not near-perfect, resemblance to the U.S. B-2 Spirit bomber. There is, however, a crucial caveat: the handful of currently available photos do not necessarily reflect the fighter’s final design, especially this early in the H-20’s development cycle. For China to produce an exact copy of the B-2 would be shocking even by the standards of the PLAAF’s long-standing reverse-engineering practices, given the many different choices that Northrop Grumman would have made if it were designing the B-2 today.

Given how little we know of the H-20’s concrete design and performance specifications, it is prudent to reserve any final commentary until the bomber’s formal unveiling. What seems clear is that PLAAF envisions a much more robust multi-role purpose for the H-20 than a traditional bomber. According to The Diplomat, the H-20 will feature an electronic countermeasures (ECM) package rivaling an ECM-specialized aircraft, as well as sensor fusion capabilities and the ability to act as a mobile data processing center, disseminating information and targeting data in real-time across a wide range of Chinese military units and infrastructure.

The H-20 is expected to enter service in the mid-2020s. At a time when Chinese leadership is posturing ever more aggressively against Taiwan, the H-20 could play a pivotal role in China’s ongoing access/area-denial (A2/AD) campaign to impair the ability of the U.S. to intervene in a major military conflict in the Pacific.