Had France Not Surrendered, World War II Would Have Gone Differently 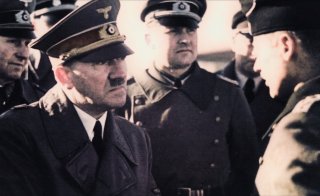 Here’s What You Need to Remember: Even without foreknowledge of the German disaster in Russia, however, the French had meaningful means to resist Germany, and to continue to put pressure on the Nazi regime. The refusal of the bulk of the French government to continue the war, if under disadvantageous circumstance, undoubtedly extended the suffering of the European continent.