Has the North Korean Military Surpassed One Million Members? 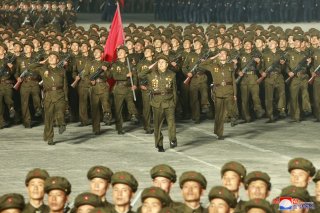 Here's What You Need to Remember: North Korea is also modernizing its armored forces—but the mechanized troops are not the main focus of the regime in Pyongyang.

This article appeared earlier. It is being reprinted due to reader interest.