Hatred Should Be Considered A Contagious Disease 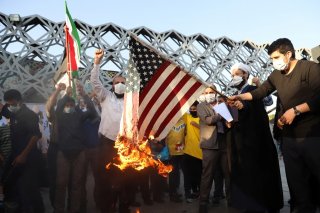 A significant portion of violence in the world is based on hatred. People find so many reasons to hate one another: their class, gender, authority, religion, skin colour, ethnicity, sexual orientation, creed, customs, nationality, political opinions, physical attributes or imagined attributes. And many of those who are targets of hatred in turn hate their haters and return the violence.

Hatred and violence are threats to human health and global stability. As a medical doctor who researches public health as a tool for peace, I consider hatred a contagious disease and a health emergency of international concern.

Hatred and violence have considerable costs in terms of human health and life. Hatred should be acknowledged as a contagious disease, a public health issue and a determinant of health because prevention is needed — and because of the limited health-care resources available to fight it.

In a 2002 report, the World Health Organization called violence a “leading worldwide public health problem” and estimated that 1.6 million lose their lives to violence every year. The report is almost 20 years old now. How many more have died as a result of violence since then?

A long history of hatred

The world has recently seen the latest example of hatred-inspired violence playing out between Palestinians and Israelis.

A ceasefire between Israel and Hamas was announced after 11 days of violence that killed more than 250 people, including 66 children and 39 women, and wounded 2,000 in Gaza. Beyond the deaths is the destruction to infrastructure from the Israeli attacks — called a war crime by some international organizations — that has displaced thousands of Palestinians.

What do we expect from all those who are exposed to different varying aspects of harm from discrimination, racism, violence, intimidation, humiliation, oppression, occupation, hate crime, hate speech, incitement and violence?

The WHO defines violence as “the intentional use of physical force or power, threatened or actual, against oneself, another person, or against a group or community, that either results in or has a high likelihood of resulting in injury, death, psychological harm, mal-development, or deprivation.”

Health, freedom, justice, education, well-being, violence and war depend on who you are and where you live. Many of the current violent civil or civil-military conflicts across the globe are either based on, or fuelled by, hatred.

In an academic paper I co-authored in 2017 with Dr. Neil Arya, entitled The Palestinian–Israeli conflict: a disease for which root causes must be acknowledged and treated, we noted that hatred goes side by side with violence. Hatred self-perpetuates, usually through cycles of hatred and counter-hatred, violence and counter-violence — sometimes manifested as revenge.

Hatred has been studied for centuries by philosophers and theologians, and more recently by social psychologists, anthropologists and evolutionary scientists.

There is no consensus on a definition of hatred that is scientific, comprehensive and holistic.

Hatred is more than just an emotion. Eric Halpern, an Israeli psychologist and political scientist, defined hatred as “a negative emotion that motivates and may lead to negative behaviours with severe consequences.”

Hatred can be conceptualized as an infectious disease, a determinant of health and a public health issue spreading violence, fear and ignorance. Hatred is contagious and crosses barriers and borders, and no one is immune to its risks.

Like traditional diseases, hatred is initially triggered by a causal agent or from harmful exposure. Once the exposure is manifested and incubated within the host, it can grow slowly over a period by continuous chronic exposure — or instantly by acute exposure.

As the harmful exposure starts to grow, it will start to negatively impact the host’s health and well-being. Based on the individual’s threshold for tolerance and resilience, either hatred could develop and spread, or hatred could be mitigated or prevented. If hatred is developed, the host will actively participate in an act of hatred that results in trauma and the spread of hatred to others.

Just like other diseases, hatred can also be contagious and hereditary with the ability to spread both horizontally (to those in proximity to you) and vertically (trans-generationally).

Hatred is a public health issue because it often engenders widespread physical, psychological or political violence.

The current violent civil or civil-military conflicts across the globe, many of which are either based on or fuelled by hatred, testify that hatred is a dangerous and contagious disease — at least metaphorically, but perhaps even literally.

Some data suggests that the byproducts of hatred — such as stress, depression and anxiety — are associated with several health problems other than injury and death.

Marshall Marinker, a British physician and researcher, defined disease as a pathological process, most often physical, sometimes undetermined in origin. In his book Hatred: the psychological descent into violence, professor of clinical psychiatry Willard Gaylin suggests that hatred is a disease of the mind.

Hatred is also a disease of the human heart, soul and body. Hatred is a complex process that attacks humankind and becomes a community disease. Hatred is complex, discrete, involves destructive intent, is contagious to individuals, groups and communities and is often the result of exposure to harm. It is the result of chronic frustration leading to episodes of rage that go unaddressed.

Hatred has risk factors and causes that can be prevented from developing or modified and whose effects we must treat. Hatred has a negative physical and emotional impact that disturbs the homeostasis and emotional equilibrium of an individual leading to physical, psychological, social and behavioural changes.

This is why there’s justification for dealing with hatred as a contagious disease, determinant of health and a pubic health issue by employing a public health approach investigating its societal characteristics and causes, and identifying modifiable risk factors, prevention and management strategies.

Understanding the psychological, pathological, physiological and neurobiological consequences of hatred suggests that the link to disease may not be just metaphorical, but literal and measurable for the individual experiencing it.

Hatred is a pressing public health issue demanding to be taken seriously by the medical community, the public, governments and other institutions. Hatred is an intense, destructive attitude. Its manifestations are war, disease, violence and cruelty, symptoms that compromise the health, welfare and functioning of human beings, both at the individual and population level.

The global community must recognize hatred as a public health issue in order to move from the management of hatred to the active prevention of its root causes through promotion, education and awareness. We must measure it and if unable to prevent it, mitigate it.

Izzeldin Abuelaish is a Professor of Global Health, University of Toronto