This Helicopter Flew More Vietnam Rescue Missions than Any Other 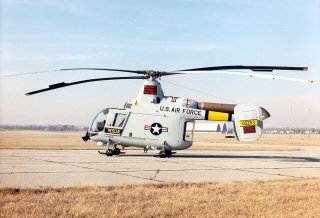 Here's What You Need to Remember: The Huskie was developed just after World War II at the Kaman Company by a German aviation engineer who was among those scientists and aviation experts that were brought to the United States as part of Operation Paperclip.