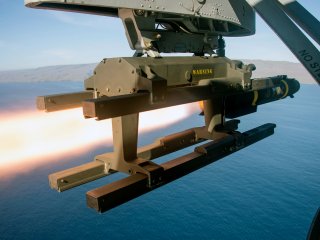 Key Point: The R9X is an innovative solution that increases mission flexibility and minimizes civilian casualties.

Caleb Larson holds a Master of Public Policy degree from the Willy Brandt School of Public Policy. He lives in Berlin and writes on US and Russian foreign and defense policy, German politics, and culture. This article first appeared in 2019 and is reprinted here due to reader interest.