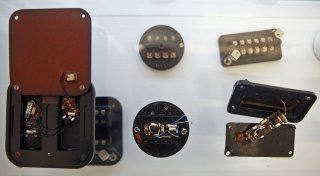 Here's What You Need to Remember: Like virtually every tool used in the Cold War, the Shoe Transmitter had the express purpose of being unnoticeable. Inside the heel of the shoe were a transmitter and microphone. Intelligence officials could listen in on everything being said to American diplomats outfitted with the shoe.