Here's How to Properly Return to Work After Claiming Social Security 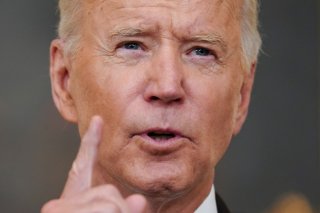 Here's What You Need to Remember: Enough workers are continuing to work that some have made a difficult decision—retire, claim Social Security, then return to work. This, however, can be tricky.

In a person’s 60s, as they approach retirement, they can expect to receive the first of their monthly Social Security payments. These payments are scheduled to begin once a person reaches “full retirement age” (FRA) at roughly sixty-six to sixty-seven, depending on the year that the person was born.

However, the average retirement age in the United States has risen steadily over the past fifty years. In 1990, most men retired around the age of sixty-two to sixty-three, and most women at slightly under sixty. Since then, those numbers have increased to 62.3 for men and 64.6 for women. These numbers straddle the edge of Social Security, which can first be claimed for reduced payments at age sixty-two.

It is important to remember that these numbers are averages; some Americans retire earlier, while some continue working into their 80s and 90s. However, enough workers are continuing to work that some have made a difficult decision—retire, claim Social Security, then return to work. This, however, can be tricky. Here’s how to do it properly.

If you have been receiving Social Security for less than a year, you can apply for a “withdrawal of benefits.” This requires filing Form SSA-521 with the Social Security Administration and refunding all payments received during the past year. This can only be done once, however, so if it is done, whoever does it needs a plan for how they can support themselves. If more than a year has passed, a person’s benefit level is unfortunately locked in for the rest of their life, with certain exceptions. For instance, if a person’s spouse dies, and his or her benefits are higher, the increased level is usually paid to the widow or widower.

Once full retirement age (FRA) is reached, people can still return to work and voluntarily suspend their retirement benefits. By doing this, they can earn “delayed retirement credits,” increasing their payments once they retire and resume collecting once more. The deadline for this, however, is age seventy; after seventy, people are forced to take their benefits.