Here's What the U.S. Military's China Task Force Should Focus On 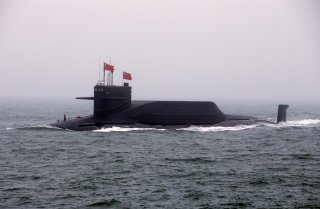 Here's What You Need to Remember: While the conflicts about the South China Sea have been underway for decades, there has in recent years been a massive uptick in both Chinese and U.S. operations in the region, to include training exercises, war preparation drills and maritime patrols.

The Pentagon’s newly established China Task Force is now formally underway, a move that introduces the prospect of strategic and operational military adjustments in the Pacific intended to ensure stability and counter Chinese provocations.

One area of likely focus is the ongoing volatility in the South China Sea, a circumstance which continues to lurk beneath the surface of broader geopolitical and strategic dynamics between the U.S. and China and inspire continued military exercises, drills, and operational maneuvers by both countries in the area.

The area in question is called the Spratly Islands, more than 750 reefs, small islands, and atolls in the South China Sea off the coasts of the Philippines, Malaysia and Vietnam. Highly disputed for centuries, the area is rich in oil and natural gas. Countries claiming rights to territory in the Spratly Islands include China, Malaysia, Vietnam, the Philippines, Taiwan, and Brunei.

Citing precedent as far back as its Dynastic era, China claims virtually all of the disputed areas as its own, citing something called a “nine-dash-line” demarcation surrounding the island chain. While not considered legitimate by most of the world, China’s claim represents a transparent effort to fortify its territorial ambitions in the area. Given this, for many years now, China has been engaging in what the Pentagon calls “land reclamation,” a term that could be described as phony island-building. Essentially, China has for many years been constructing artificial land, or man-made structures, to extend upon and enlarge certain disputed areas of the South China Sea island chains. These Chinese activities, which have included the placement of weapons, artillery, aircraft runways, and even fighter jets on man-made structures, have for years generated sharp criticism by the Pentagon.

The South China Sea includes strategically vital waterways, important to international trade. Senior Pentagon officials have long criticized China's artificial island-building and said the U.S. would not be deterred by China's moves, a sensibility which has provided the inspiration for many Freedom of Navigation Operations in recent years. FONOPS, as they are called, are used to send a deliberate message to challenge China’s territorial claims in the region. FONOPS have, for instance, been where the U.S. Navy sails one of its destroyers within the 12 mile territorial boundary of some of the phony island structures to demonstrate its right to operate wherever international law allows. The operations are designed to make the statement that China’s territorial claims are not legitimate.

While the conflicts about the region have been underway for decades, there has in recent years been a massive uptick in both Chinese and U.S. operations in the region, to include training exercises, war preparation drills and maritime patrols. Both China and the U.S. have, for instance, conducted dual-carrier operations in the area to demonstrate the ability to launch and sustain massive amounts of coordinated air attacks from the ocean. China has sent its now operational second aircraft carrier, the Shandong, to the region and conducted numerous amphibious warfare exercises in the area around the South China Sea and Taiwan.