Here's What You Need to Know About France's New Nuclear Submarines 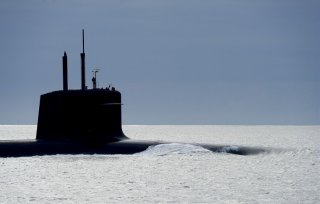 France is building a new class of nuclear-armed ballistic missile submarines to serve alongside the new U.S. Columbia-class all the way into the 2090s and beyond, according to the Le Figaro newspaper.

The French paper cited the French Minister of the Armed Forces, Florence Parly, as confirming that development of a new SNLE 3G SSBN-class was indeed underway. The new submarines, reported to displace about 15,000 tons, are slated to arrive in 2035 and be somewhat longer than the existing Triomphant class. While many details about the new boats are not known, they will reportedly carry the same missile load of sixteen M51 SLBMs as the existing and now upgraded Triomphant class boats.

While Columbia’s are being engineered with a new generation of quieting technologies, propulsion, and electronics, there is nonetheless growing concern about the size of the planned U.S. fleet in light of the changing threat environment. The Pentagon plans twelve Columbia-class submarines, yet there has been some discussion of going beyond twelve due to growing Russian nuclear threats and rapid advances with regards to the new Chinese Jin-class nuclear-armed submarines.

The Columbia-class submarines’ new electric-drive propulsion system is reported to help engineer the quietest and stealthiest submarine to ever exist. Yet there is still substantial concern about emerging technologies that could be potentially employed by adversaries to improve submarine detection—a circumstance which may inspire an interest in deploying more Columbia submarines at any given time, building more, or further relying upon NATO member contributions.

In recent years, several interesting think tank studies, including one from Bryan Clark at CSBA called the Emerging Era in Undersea Warfare, specifies some of the newer innovations making undersea detection increasingly difficult to avoid.

This is where the new Columbia’s are expected to truly bring an unprecedented advantage, because not only are they architected to elude, thwart, or defeat the most advanced emerging adversary detection systems, but they are also engineered with a “life-of-core” nuclear reactor which removes the need for a lengthy mid-life refueling dry dock period. This is the reason the Pentagon plans only twelve Columbia submarines to replace the existing fleet of fourteen Ohio-class boats.

This is where France’s new ballistic missile submarines might offer an interesting new margin of difference, meaning that added NATO-aligned strategic deterrence technologies could really help reinforce U.S. missions. This may be particularly true when it comes to a need for patrols in the region of the Baltic Sea or the Mediterranean where an undersea presence is likely to be of great importance. Partnering to a greater degree with NATO countries when it comes to undersea operations could not only greatly improve presence, and therefore fortify deterrence, but also bring undersea networking and technologies to new levels of efficiency.