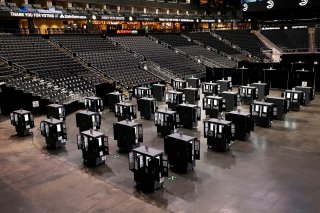 A remarkable thing about election law in America is how decentralized it is. It relies on obscure local officials such as county canvassing boards, along with armies of community volunteers. Even within a single state, as recent litigation has made us aware, counties need not follow uniform practices on such questions as which voting machines to use, or whether to contact voters and invite them to re‐​do a legally defective ballot they may have sent in.

Centralizers and systemizers might call this a patchwork quilt. What it also is, as I’ve long argued, is a source of deep resilience. Part of this is practical: with dozens of voting systems in use, if a newly introduced machine is overly subject to breakdown, at least it isn’t causing havoc everywhere at once. If some states adopt a bad or inefficient practice (as by discouraging the processing of mailed ballots before Election Day, which slowed counts in states like Michigan and Pennsylvania) they can profit from the example of states like Florida that have implemented more efficient methods after their own costly experience.

Far more important, it prevents a power from being centralized that would be dangerously tempting to demagogues and authoritarians.“We are so lucky that elections have never been federalized,” I told Reason’s Eric Boehm last month. “No one in Washington can give orders to fire local election board officials.”

I hadn’t seen it when I spoke, but economist Steve Landsburg had recently written a superb opinion piece in the Wall Street Journal making this point better than I had:

Imagine a future presidential election in which the incumbent refuses to concede and enlists the full power of the federal government to overturn the apparent democratic outcome.

Now imagine that the election in question is actually run by a federal agency or by some nationwide quasigovernmental authority charged with collecting and aggregating the results from all 50 states.

I don’t know about you, but I might worry a bit about the pressure that could be brought to bear on that single authority.

Landsburg goes on to make another highly relevant point. Reform‐​minded centralizers, often well‐​intentioned, routinely propose rationalizing American election practice in ways that would centralize control over key pressure points such as certification of results. This is a danger, for example, in many schemes to replace the Electoral College with direct popular vote.

To be sure, the Constitution does give Congress a power, which it has used with restraint, to prescribe uniform rules, as by naming Election Day and providing for the mechanics of receiving the Electoral College outcome. And it’s also true that constitutional principles such as the prohibition of infringement of the right to vote on account of race can result in some serious oversight. Still, the general rule today is that across a wide range of procedural matters, each state is free to set its own course.

And that looks like a good bet given the experience of the past four weeks. We should hesitate before going down the road – to quote Landsburg’s phrase – “of centralizing the power to decide who will yield power.”