Here's Why the U.S. Navy’s Kearsarge-Class Battleship Isn't Talked About 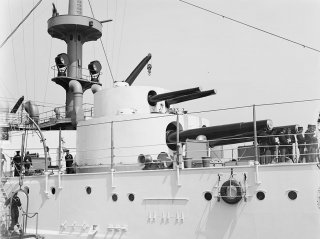 Here's What You Need to Remember: Though the Kearsarge-class was well protected using the latest Harvey armor, the protection between guns was poor. Specifically, the 5-inch guns had no protection from each other—there were no screens between guns, so a direct hit on one gun had the potential to take out the adjacent guns as well.