History Lesson: China is Learning From the First Sino-Japanese War 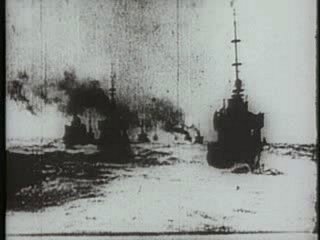 Here's What You Need To Remember: To further inspire his forces, General He writes that China’s total military failure in the Sino-Japanese War resulted from half-hearted preparation before the conflict and also the paucity of a military doctrine that emphasized vigorous combat tactics and seizing the initiative.

Even as Western strategists spill gobs of ink recalling the Great War that convulsed Europe a century ago, Chinese military thinkers are actually fixated on another anniversary. 120 years ago, Japan shocked the world with a lightning campaign that not only reduced the faltering Qing dynasty to its knees in a matter of months, but more to the point:  put the pride of China’s then ascendant fleet on the bottom of the Yellow Sea.

It is noteworthy that a major theme of General He’s essay concerns China’s historical mistake of “重陆轻海” [emphasizing land forces, while neglecting naval forces]. He cites the classic misuse of naval funds by the Empress Dowager Ci Xi, and derides the Manchu regime as completely lacking any leaders with naval experience.  That point is especially interesting in light of the prevailing critique of China’s current military leadership as overly representative of ground forces personnel, particularly at the highest levels.  General He, in addition, points out the total failure of harmonization between Chinese ground and sea forces, and how this failure caused defeats in many instances.  As a result of the Sino-Japanese War of 1894-95, it is said that China lost Korea, Taiwan and a wide expanse of maritime territory, thus “vastly compressing China’s maritime strategic space, and also blocking modern China’s historical process of “走向海洋” [going out to the ocean]. Keeping that in mind, General He states that China cannot permit “海上霸权” [the maritime hegemonic power] – obviously referring to the United States – from interrupting the historical march of the Chinese nation to the “deep blue.” Again, the fact that a Chinese Army general is making such points about the contemporary imperative of developing seapower may demonstrate the broad military consensus behind China’s current naval buildup.

Lyle J. Goldstein is Research Professor in the China Maritime Studies Institute (CMSI) at the United States Naval War College in Newport, RI. In addition to Chinese, he also speaks Russian and he is also an affiliate of the new Russia Maritime Studies Institute (RMSI) at Naval War College.  You can reach him at  [email protected]. The opinions in his columns are entirely his own and do not reflect the official assessments of the U.S. Navy or any other agency of the U.S. government. This article first appeared in 2014.