History Question: Who Were the 5 Best (And Worst) U.S. Presidents? 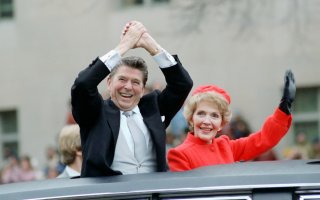 Here's What You Need to Know: Presidents who handled existential threats to the nation ought to get top grades.

Historians and journalists often churn out lists ranking the U.S. presidents. Typically, these rankings do little more than reveal the politics of those compiling the list. If you want objective assessments of the past, we can do better.

Further, presidential action is a mélange of domestic and foreign activity. Add up anybody’s four years in the Oval Office, and it’s a bit of a fruit salad.

Ranking NCAA basketball teams make more sense. And while you might not agree with all the bracket assignments, at the end of the day, it’s all decided in a championship face-off game. You really can’t do that with presidents. No one can organize a death match between Franklin Pierce and William Henry Harrison.

While precise rankings might not have much credibility, it’s worth pondering who should be lumped into the top bracket and who can be consigned to the losers circle. After all, there is a credible standard to apply. Presidents who handled existential threats to the nation ought to get top grades. Presidents who dragged us down get bupkis.

First, let’s look at the winners.

If not for Washington, today we pass the 4th of July sipping tea and noshing scones. Okay, that’s probably an overstatement. America was likely destined to be independent. But, we wouldn’t have gotten off the ground in 1776 without George, and he bailed us out again by crushing the Newburgh Conspiracy in 1783. And that was all before he made president. Throughout his two terms, Washington’s steady hand steered a fledgling nation through many perilous shoals, as documented in “Washington: a Life” by Ron Chernow (2010). The value of getting a new country headed in the right direction: priceless.

Saving the Union is always a strong addition to your resume. Lincoln managed to win a war against an enemy army and master fractious politics in Washington that included everything from backstabbing generals to rioting in the streets of New York. If you don’t believe me, read Doris Kearns Goodwin’s “Team of Rivals” (2005).

Remember that fruit salad? It’s hard to be a much of fan for how FDR handled the Great Depression after reading Amity Shlaes “The Forgotten Man” (2007). But Roosevelt was an unmatched war president. The man helped save not just America but much of the world from one of the greatest threats humanity—and the cause of freedom—have ever known. That’s got to count for something.

He didn’t win any big wars. Still, it can’t be denied he set up winning the Cold War. Paul Lettow’s “Ronald Reagan and His Quest to Abolish Nuclear Weapons” (2005) explains how the Gipper handled one of the most dangerous and important issues of our times.

Another near great, Ike doesn’t get near the credit he deserves for setting America on a responsible course that allowed it to survive the Cold War until Reagan came along. See “Ike's Bluff: President Eisenhower's Secret Battle to Save the World,” by Evan Thomas (2012).

And now, let’s turn to the biggest losers.

Few presidents have managed to muster foreign policy disasters as muddled as their domestic messes. LBJ did it—in grand style. We went from Ike’s steady hand to the promise of JFK’s Camelot to the Nightmare in Elm Street. Forget Vietnam, if you ever thought there was anything great about the Great Society, read “The Great Society: A New History,” also by Shlaes (2019).

Carter inherited an America that looked more like the Cleveland Indians than Super Bowl champs. We were staggering under “stagflation” and saddled with a “hollow military.” Then Carter made almost everything worse. His greatest accomplishment was losing to Ronald Reagan. Best to read about Carter in his own words: “White House Diary” (2010), by the man himself.

Okay, Wilson did manage to get us “over there” in World War I, but in the process his polices triggered a global pandemic. [See: “The Great Influenza: The Epic Story of the Deadliest Plague in History” (2004), by John M. Barry. The Schoolmaster, as he was known, also compiled an appalling record on civil liberties and civil rights. And he bungled the postwar peace. He made “progressivism” something other than a dirty word. He should have stayed in Princeton.

If there was a chance to derail the march toward a Civil War it might have been his presidency. Epic fail. Read “The Worst President--The Story of James Buchanan,” by Garry Boulard (2015).

He looked presidential, but Harding was a corrupt, poker-playing womanizer. Fortunately, he died before he could do great damage. Some might argue this lack opportunity to really blow it bigtime should disqualify him from the list. But, honestly, what were Republicans thinking? For an amusing-to-read biography of Harding, try 2004’s “Warren G. Harding: The American Presidents Series.  It’s written by Watergate conspirator John Dean, who knows a thing or two about disgraceful presidents.