History's Greatest Navy Strategists Teach You to Dominate Your Coastline 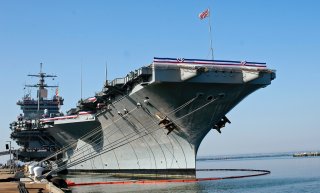