Hitler Declared War on America After Pearl Harbor. What if He Hadn't? 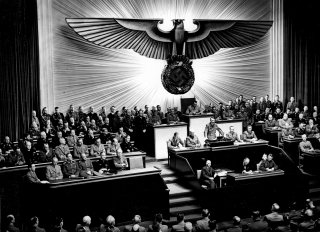 Here's What You Need To Remember: Hitler's declaration against the United States was not a blunder. It was an acknowledgement that, declared or otherwise, a state of war already existed between the two nations.

Robert Farley, a frequent contributor to TNI, is author of The Battleship Book. He serves as a Senior Lecturer at the Patterson School of Diplomacy and International Commerce at the University of Kentucky. His work includes military doctrine, national security, and maritime affairs. He blogs at Lawyers, Guns and Money and Information Dissemination and The Diplomat. This article first appeared in August 2018.