"Hitler's Buzz Saw": The MG42 Was (And Still Is) An Impressive Weapon 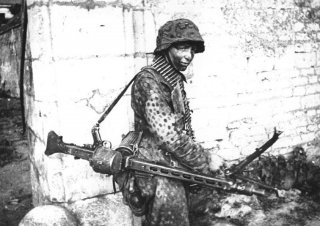 Here's What You Need To Remember: The machine gun fired twice as fast as any other weapon in the world at the time. This gave it a distinct "ripping" or "burping" sound, which scared enough American troops that the War Department made a propaganda film about it.

This first appared in WarIsBoring here and first appeared on TNI in 2019.