House Committee Investigating Capitol Insurrection Has a Lot of Power, but It’s Unclear it Can Force Trump to Testify 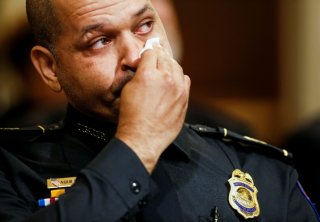 In the intensely partisan atmosphere surrounding the House committee investigating the Jan. 6, 2021, attack on the U.S. Capitol, will the committee be able to get the information it needs?

The American people, said Republican House member Liz Cheney, “deserve the full and open testimony of every person with knowledge of the planning and preparation for Jan. 6.”

In opening statements at the first hearing held on July 27 by the House select committee investigating the attack, Cheney and other committee members said that an accurate record of the events on Jan. 6 - and in the time that led up to it - is essential to understanding the factors contributing to the attack so that future attacks may be prevented.

The committee has several tools for shedding light on the events of Jan. 6 and ensuring that the American people learn the truth about what happened.

But its work can also be delayed and frustrated if someone – likely former President Donald Trump and his allies – mounts a legal fight to deny the committee information it has sought.

On June 30, 2021, lawmakers passed House Resolution 503, which created the select committee. It charges the committee with investigating the activities of law enforcement, intelligence agencies and the armed forces relating to that day as well as uncovering the factors contributing to the attack, including technology, social media and malign foreign influences.

Ultimately, the committee aims to issue a report with detailed findings and suggestions for corrective measures.

The select committee has already used one of its main tools for investigating the attack on the Capitol: holding public hearings and inviting testimony from key players in the attack.

Four police officers who had defended the Capitol during the attack gave testimony during the committee’s first hearing.

The committee will continue to interview witnesses and invite testimony by law enforcement officers, former White House staffers, rally organizers and members of Congress. It can also ask for and receive information from various government agencies and private organizations.

But if the committee cannot obtain information or testimony it deems vital to the investigation, it has the power to issue subpoenas.

A subpoena is a legal order requiring a person to appear and testify or produce documents.

House Resolution 503 expressly authorizes the committee to issue and compel subpoenas for documents and testimony.

Historically, congressional committees have preferred to cooperate with the other branches of government to obtain information. But if a cooperative approach does not produce the information the select committee needs, it can subpoena information and testimony from members of Congress, former White House staffers, social media companies and even the former president.

Former presidents have willingly testified before congressional committees in the past, but it’s unlikely that Trump would. While in office, he repeatedly claimed executive privilege, which allows a president to withhold certain information from Congress, the courts or the public, in response to congressional subpoenas.

And Trump continues to resist the subpoena the House Oversight and Reform Committee issued to his accounting company, Mazars, for his financial documents in 2019.

A congressional subpoena issued by the select committee to Trump or even former officials from the Trump White House will likely lead to similar, protracted litigation.

Such litigation threatens to delay the select committee’s progress in investigating the events surrounding the Jan. 6 attack on the Capitol.

The law is less than clear about whether a former president can successfully claim executive privilege in the face of a congressional subpoena. The executive and legislative branches have historically preferred to avoid such confrontations and to negotiate the sharing of information.

As a result, federal courts have yet to determine the extent of the executive privilege retained by former presidents and when they can assert it.

To enforce or not

In a 1977 decision, the Supreme Court held that former President Richard Nixon could claim executive privilege in challenging a federal law known as “The Presidential Recordings and Materials Preservation Act.” That law ensured government agencies and, ultimately, the public, could have access to certain documents and tape recordings made during Nixon’s presidency. Although the court allowed Nixon to make the executive privilege claim, it ultimately ruled against him and upheld the law, noting that the lack of support for Nixon’s claim by other presidents weakened his arguments for executive privilege.

Trump would not have a stronger claim; it’s unlikely President Biden would support his assertion of executive privilege in an attempt to prevent disclosure of testimony or documents relating to the Jan. 6 attack.

The Department of Justice has already informed Trump administration witnesses that it does not support any assertions of executive privilege on matters relating to efforts to overturn the 2020 presidential election.

Trump administration witnesses could still challenge congressional subpoenas and delay the investigation. But the Department of Justice determination weakens arguments for executive privilege and may encourage witnesses to testify instead.

The select committee could avoid the legal uncertainty about how courts would resolve the executive privilege claim by deciding not to enforce the subpoena.

The House Committee on Un-American Activities, for example, chose not to enforce a subpoena against former President Harry Truman when it sought his testimony in 1953. Truman publicly protested that the subpoena impeded the separation of powers but did not assert an executive privilege claim. The committee avoided a legal confrontation by backing down, and Truman never testified.

The select committee may gain more from trying to obtain documents and testimony through informal channels than its subpoena power. It has considerable power to request information from a wide variety of sources and may discover that a protracted legal battle with the former administration would obscure more information than it reveals.