House Republicans Made a Bad Case For Regulating Big Tech 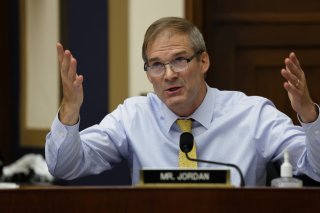 The recent House Judiciary Committee hearing featuring Big Tech CEOs from Amazon, Apple, Facebook, and Google turned into two hearings: one for Democrats, who largely want to control the companies’ business models and finances, and another for Republicans, who mostly want a say in the companies’ content management.

Why did this hearing matter? It was the capstone of a yearlong investigation by the committee into Big Tech. All that remains to be completed is a committee report that, according to rumors, will recommend expanding the authority of US antitrust agencies.

Additionally, committee members obtained statements that could be seen as confirming each political party’s prior beliefs. Facebook CEO Mark Zuckerberg said he considered Instagram to be a competitor prior to its acquisition, although a marginal one. Google’s Sundar Pichai agreed that the company does manually intervene in its search algorithms, but he held that the interventions do not reflect political bias.

The committee’s Republican members provided several examples of apparent political bias on the platforms. The examples were numerous but constituted anecdotal evidence, which is an oxymoron for scholars. Rigorous studies on this topic are too rare, but some early studies support Republican claims of bias. I wrote about some in a 2018 blog post.

Science published a 2014 study that showed that conservatives on Facebook were more likely to see liberal-oriented items in their newsfeeds than liberals were to see conservative-oriented items. A study published in the Proceedings of the 3rd Annual ACM Web Science Conference showed for Yahoo, in a period spanning 2011–12, “that the more right-leaning a query it is, the more negative sentiments can be found in its search results.”

A study published in the Proceedings of the 2017 ACM Conference on Computer Supported Cooperative Work and Social Computing examined search results on Twitter. Regarding the 2016 presidential race between Secretary Hillary Clinton and then-candidate Donald Trump, the study found that . . . when people searched for tweets about candidates, Twitter’s “ranking system directed the search results for Hillary Clinton towards the perspective of her own party. For Donald Trump the situation is the opposite.”

But more recent studies tend to find little political bias. A 2020 study out of Cornell University concluded that Twitter now biases content shown to liberals toward the center and content shown to conservatives toward the right. A 2019 paper published in the Proceedings of the International AAAI Conference on Web and Social Media finds that YouTube comment moderation gives the appearance of liberal bias, but the bias disappears when other factors such as strong language are considered.

This lack of rigorous support for the Republican claims doesn’t mean the claims are wrong, but it does imply that any political bias is unsystematic and limited.

Republicans also took issue with some CEOs regarding their possible bias toward China. When asked by Rep. Greg Steube (R-FL) whether China was stealing from US companies, only Zuckerberg agreed that the problem is well-documented. The others gave more nuanced answers. Pichai said he knew of a Chinese hack of Google in 2009, but nothing else regarding Google. Apple CEO Tim Cook and Amazon CEO Jeff Bezos didn’t think their companies had experienced theft.

China Daily chortled that Cook, Bezos, and Pichai had offered blanket denials, but they were careful in their wording. However, even their qualified denials are hard to square with the evidence. There is documented cloning of Apple stores in China. Nearly one-third of North American chief financial officers in CNBC’s Global CFO Council affirm that Chinese firms have stolen from them in the past 10 years.

Secretary of State Mike Pompeo testified the next day that such theft is common and a major issue in trade negotiations. My AEI colleague Claude Barfield has documented problems with China’s theft of intellectual property from American firms (see here, here, and here).

The Republican hearing didn’t make a case for more regulation of Big Tech. Perhaps the best strategy for Republicans would be to develop a more carefully researched record on political bias. There are too few rigorous studies for people to legitimately reach clear conclusions. And perhaps a good, but risky, strategy for Apple, Amazon, and Google would be to be more forthcoming about the challenges of doing business in countries with geopolitical ambitions against the US.

This article by Mark Jamison first appeared at AEIdeas.