How the 1988 Olympics Could Have Sparked a Second Korean War 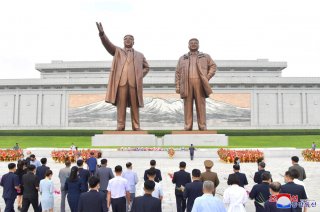 However, the bombing of Flight 858 more closely resembles the Lockerbie bombing perpetrated by Libyan agents in 1988. Both were deliberate and spiteful state-led projects to massacre civilians in pursuance of political objectives. It still sounds absurd to state the fact plainly: North Korea blew up an airliner to drive down attendance at an athletic event.