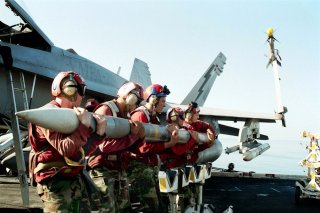 Here's What You Need to Remember: An active radar homing missile differs from a semi-active radar homing missile in that the missile’s seeker has its own radar transmitter to accompany a receiver. Semi-active missiles only have a receiver and require the launching aircraft to use its own radar to “designate” an enemy aircraft for the missile to engage.