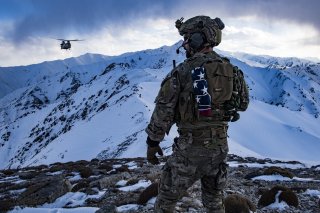 Here’s What You Need To Remember: Air Force Special Tactics Squadron warriors painted Taliban targets for air attack assets in Afghanistan, and similar yet slightly more protected or hidden operations would likely be in great demand should there be massive, large-scale warfare.

This article first appeared in 2020 and is being republished due to reader interest.