How America Looked to Space to Revive Its Faltering Soviet Spying 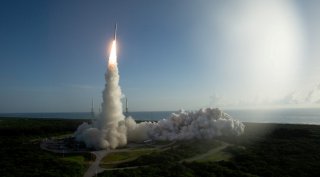 Here's What You Need to Remember: Remarkable as SAMOS was, it was still pretty primitive. It had limited onboard film supply, limited bandwidth, no way to store or resend an image if it didn't come through and unencrypted transmission. Its image quality was adequate, but already less than what leaders and analysts required.

Steve Weintz is a writer, filmmaker, artist, animator. Former firefighter, archaeologist, stuntman. This article is being republished due to reader interest.