How and When will Lower-Income Countries get Vaccine Access? 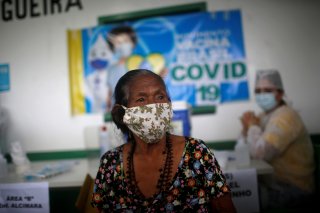 COVID-19 vaccination programmes are gathering pace in high-income countries, but for much of the world, the future looks bleaker. Although a number of middle-income countries have started rolling out vaccines, widespread vaccination could still be years away.

The first two COVID-19 vaccines authorised in Europe and the United States – made by Pfizer/BioNTech and Moderna – aren’t well-suited to lower-income countries. Pfizer’s has to be stored at -70°C, requiring costly equipment and infrastructure, and is expensive at roughly US$20 (£14.50) a dose. Moderna’s can be kept in a standard refrigerator for up to 30 days, but is even more expensive. Low- and middle-income countries have consequently struck few direct deals to buy these vaccines.

Availability is also a problem. Most of these vaccines have been purchased by high-income countries. Pfizer has offered to provide only 50 million doses of its vaccine to Africa’s 1.3 billion people between March and December 2021, while Moderna has none allocated for Africa this year. Fears abound that, for a while at least, the majority of the world will go without.

COVAX: not enough and too slow

Backed by the World Health Organization (WHO), the COVAX initiative was created to share COVID-19 vaccines around the world, especially with lower-income countries. In 2020, $2.4 billion was raised, with agreements made to give low- and middle-income countries access to 1.3 billion vaccine doses.

However, the Pfizer vaccine is still the only one that has received WHO emergency use listing, a minimum regulatory requirement for distribution through COVAX. A third western vaccine – developed by Oxford/AstraZeneca – is substantially lower priced, more easily stored and has large-scale manufacturing partnerships in place, as well as an agreement to supply COVAX, but is still awaiting approval from the WHO.

The WHO has stated COVAX will deliver its first vaccines by the end of January at the earliest. By the end of 2021 it aims to have supplied 2 billion doses globally.

But even if this promise is met, it will be insufficient. Speaking on behalf of the African Union, South Africa’s president Cyril Ramaphosa expressed concern that “the COVAX volumes to be released between February and June may not extend beyond the needs of frontline healthcare workers, and may thus not be enough to contain the ever-increasing toll of the pandemic in Africa”.

The total doses pledged by COVAX to Africa, he noted, will only cover 300 million people, or 20% of the continent’s population.

India, China and Russia to the rescue?

Not wanting to wait, higher-income countries have bypassed COVAX by cutting direct deals with COVID-19 vaccine manufacturers instead. Increasingly they are being joined by middle-income countries, such as Argentina, Indonesia, South Africa and Turkey, but these nations are turning to different products: vaccines made in India, China and Russia.

The Serum Institute of India (SII), the world’s largest vaccine manufacturer, has a licence to produce the Oxford/AstraZeneca vaccine, while Bharat Biotech has developed its own. India approved both products on January 3, and the domestic roll-out began on January 16.

India is also making its vaccine output available to other countries. Bangladesh has approved SII’s Oxford/AstraZeneca vaccine and has a deal for 30 million doses, while South Africa has announced it will procure 1 million by the end of January and another half a million in February.

The SII is one of three suppliers providing the African Union with 270 million vaccine doses, with 50 million due to arrive by June 2021. It will also supply COVAX, but the SII Oxford/AstraZeneca vaccine is still waiting for regulatory approval from the WHO.

Following its earlier ventures in mask diplomacy, China has been extremely active in using vaccines to build political bridges as well. President Xi Jinping has promised China’s vaccines will be available as a global public good, and has also offered financial support to help Latin America and Africa acquire COVID-19 vaccines.

On December 31, China approved a vaccine developed by state-owned pharmaceutical company Sinopharm for general use. The company projects it will produce 1 billion doses in 2021, and the UAE, Bahrain and Morocco have all begun rolling out the vaccine. Egypt and Pakistan have announced deals for 10 million and 1.2 million doses respectively.

Both Turkey and Indonesia have begun vaccination programmes with another Sinovac vaccine, CoronaVac. Thailand and the Philippines will also soon start rolling out this vaccine. Further afield, the state of São Paolo in Brazil has agreed a deal for 46 million doses of CoronaVac and has administered the country’s first COVID-19 inoculations with it.

Russia, the first country in the world to approve a COVID-19 vaccine, is also active on vaccine diplomacy. Its Sputnik V jab received initial approval on August 11. Argentina began rolling out Sputnik V on December 24, and the vaccine is one of the first for COVID-19 to be administered anywhere in sub-Saharan Africa, in Guinea. Manufacturing partnerships are in place with Hetero Drugs and other Indian firms, as well as for production in Turkey. The Brazilian state of Bahia has agreed to host further trials of Sputnik V in exchange for getting priority access to 50 million doses.

When will the world be vaccinated?

Increasingly, middle-income countries are accessing and beginning COVID-19 vaccination programmes, but are doing so outside of the WHO’s procurement and regulatory mechanisms. While this is allaying fears that they would go completely without, there is some mistrust arising around the testing and reported efficacy of vaccines that haven’t yet had WHO approval.

If the world is to reach sufficient vaccine coverage to halt COVID-19, existing vaccines – including those from India, China and Russia – need to prove effective. Accessibility must also increase in low-income countries, not just in middle-income ones. Fears that the virus will mutate beyond these current vaccines must also remain unrealised.

It can’t be overstated how enormous the vaccination task is. Although possessing huge manufacturing capacity, India’s aim to vaccinate 300 million of its people by August 2021 still means less than a quarter of its population will have had the vaccine. “For everyone on this planet – or at least 90% – to get it, it’s going to be at least 2024,” says Adar Poonawalla, CEO of the SII.