How the British Army Plans to Join the Drone Game 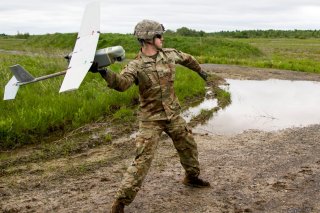 Here's What You Need To Remember: Beyond scouting, the drones could be used to ambush the enemy. The tracked X3 isn't armed, but it is fitted with speakers on the front and could be employed in a deception effort.