How Can We Solve the Rural Broadband Divide? 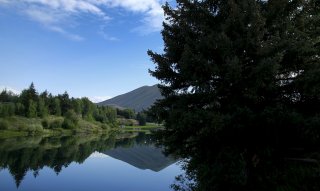 The COVID-19 pandemic has highlighted broadband connectivity’s importance and the need to bring connectivity to areas and consumers lacking access to it. The “digital divide” has been a concern since the advent of the commercial internet in the 1990s. There are good initiatives such as Comcast’s Internet Essentials, Charter’s Spectrum Internet Assist, or Cox’s Connect2Compete that bring affordable internet connections to low-income customers. Yet, there are discrepancies about how to identify and serve the geographic areas lacking full broadband access. According to the Federal Communications Commission, more than 80 percent of over 17 million American households without reliable, affordable high-speed internet are in rural areas.

Cost remains a key determinant for broadband deployment. It is expensive to build physical connections across large distances, especially in rural areas with smaller concentrations of users, resulting in higher prices for customers. Moving forward, new, innovative technical approaches other than laying down fiber across these parts of the US will be a vital part of the equation for getting more people connected to the internet.

As communications engineer Peter Rysavy recently wrote, “Tradeoffs between technology and spectrum are complex but need to be understood if policy makers are to encourage the most effective strategies to deliver broadband widely to rural environments.” The cost of laying miles of fiber that would be needed to connect rural consumers who are few and far from each other can be high.

Rysavy also noted that covering distance through wireless spectrum has always been less expensive than laying wire. Nowhere is this truer than in areas where the abilities of satellite, Digital Subscriber Line (DSL), and fixed wireless can connect consumers at lower costs.

AT&T CEO John Stankey recently penned an op-ed arguing that policymakers should not be prescriptive in tackling the challenge of achieving broadband access for all. He writes, “As Congress debates earmarking up to $80 billion for rural broadband as part of the next round of pandemic relief, we should give equal weight to wired and wireless options.” To bring connectivity to unserved areas, we must understand that various different technologies can contribute to accomplishing this goal.

For example, providing internet service via satellite would eliminate the need to lay hundreds of miles of fiber to reach rural areas. Elon Musk’s SpaceX is building a constellation of low earth orbit satellites called Starlink that would deliver gigabit speeds and low latency, beaming a signal to a device that would then send the last part of the signal via wired connections to homes, offices, and schools. DSLs are still available, but fixed wireless has become a more viable, more future-proof option. Fixed wireless bridges the “last mile” to residents with a wireless receiver installed in their house to bring them a traditional internet “backbone” connection.

Continued calls for funding should be met with a data-driven approach to bridge the divide. My AEI colleagues Bret Swanson and Matt Au note in their recent blog several federal programs that aim to increase connectivity. Better mapping would ensure these programs deploy their resources effectively, ensuring government funds are directed toward areas that are truly unserved.

Where to incentivize investment versus where to give government funding is fundamental to this challenge. Finding the right measurement tools to give each community an appropriate solution is key to solving the digital divide problem too. Stankey points to the “need to identify where broadband is unavailable with geographic precision,” noting that the Broadband DATA Act signed into law this past March should help give broadband providers the information they need to improve access in the future. The next step would be for Congress to act on funding and enable the investment needed to bring these options to consumers as quickly as possible.

Bridging the rural broadband divide should continue to be a top priority for policymakers. They can clear the path for broadband deployment by reducing regulatory barriers, incentivizing public and private infrastructure investment, increasing the accuracy of mapping, and promoting innovative technology solutions with both wireless and wireline communications.