How China Is Using Espionage to Dethrone the U.S. 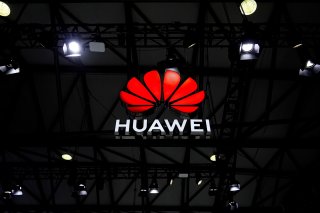 Here's What You Need to Remember: Chinese espionage costs the U.S. between $200 to $600 billion a year in stolen intellectual property. And this is something that has been happening for the past two decades, which would mean a loss of $4 trillion, on the low end, to $12 trillion, on the high end; an astounding loss either way.

The US faces myriad conventional and unconventional threats: Russia, North Korea, Iran, terrorist organizations, climate change, and pandemics are just some of them. Yet, China unquestionably rises to the top as the primary danger to U.S. national security.

Earlier in 2021, Director of National Intelligence Avril Haines stated in Congress that Beijing has become an unparalleled priority for the U.S. Intelligence Community. Indeed, China has become a near-peer competitor that is increasingly challenging the U.S. in multiple domains, all the while trying to revise international norms and adjust them to the Chinese Communist Party’s authoritarian capitalistic system.

According to FBI Director Christopher Wray, the Bureau opens a new counterintelligence investigation related to China every 10 hours, with more than 2,000 current active cases. The majority of these cases relate to economic espionage, which has seen a 1,300% increase in the last few years.

To effectively challenge and surpass the U.S., China needs a robust economy, leadership in technology, and global legitimacy for its political system and policies. Key to achieving these goals is the Chinese intelligence apparatus.

The Ministry of State Security (MSS) is responsible for the majority of Chinese intelligence operations, with the Chinese military standing in at times, especially in cyber espionage operations.

Chinese intelligence operations are diverse and multi-layered, encompassing all available tools and sectors. State-owned companies, private firms (legitimate and non-), think tanks, non-governmental organizations, researchers, and students, in addition to the increasingly more prevalent cyber operations, are all used in this multi-prong intelligence collection approach. Beijing certainly has the capabilities and the numbers to pursue such a strategy. The Chinese military alone fields approximately 40,000 cyber troops, compared to the just 6,000 that the U.S. Cyber Command can deploy.

China seeks to become the world’s next superpower, dethroning the U.S. and tearing apart the rules-based international system that American and its allies have built since the end of World War Two. To achieve this goal, Beijing primarily goes after economic, industrial, and technological targets that will offer a competitive advantage to the Chinese economic and technological sector. Whether it’s stolen blueprints of American (and foreign, including Russian) aircraft, such as the F-35 or F-22, or missile technology, China is using espionage to fuel its economic furnaces.

These intelligence operations pose a grave threat to U.S. national security and economic prosperity. In a recent interview Mike Orlando, the Acting Director of the National Counterintelligence and Security Center, stated that Chinese espionage costs the U.S. between $200 to $600 billion a year in stolen intellectual property. And this is something that has been happening for the past two decades, which would mean a loss of $4 trillion, on the low end, to $12 trillion, on the high end; an astounding loss either way.

“The holistic and comprehensive threat to the United States, posed by the Communist Party of China is an existential threat. And it is the most complex, pernicious, aggressive, and strategic threat our nation has ever faced,” Bill Evanina, the former director of the National Counterintelligence and Security Center, recently told the Senate Select Committee on Intelligence.

Both China and Russia take a whole-of-government or whole-of-nation approach to national security. Everything is on the table and nothing is off-limits. Businesses, universities, and individuals are expected to assist the government. In China, under the National Security Law, every business and citizen is required to cooperate with the military and intelligence services and assist the regime in any way possible.

What this means in practice is that when a Chinese student comes to the U.S. to study, he or she will be required to share their research or any information and technology that they might have access to with the Chinese intelligence services. They will also be required to observe and gauge their countrymen also studying at the same institution and report any dissident behavior.

Conversely, there is not such a whole-of-government or whole-of-nation approach in the U.S. For example, Apple won’t create vulnerabilities in its devices and software so the NSA or FBI can access them more easily to conduct surveillance against foreign (in the case of the NSA) or domestic (in the case of the FBI) targets. Indeed, American businesses have the option to work with the military or Intelligence Community but aren’t required to. That’s a strategic disadvantage—but also an institutional and moral advantage.

In order to surpass the U.S., China needs to continue its economic growth and technologically outmatch the U.S. and the rest of the West. However, instead of relying on innovation and invention, China prefers to steal technology and then copy it.

China is targeting and stealing “transport technologies,” such as quantum computing, autonomous vehicles, artificial intelligence, biotechnology, and 5G. Although there is a military application for all of these technologies, the commercial and economic value is equally important to Beijing in its bid to become a superpower.

The Chinese also use talent acquisition programs to attract top talent to China, not unlike any other nation. But while innocuous at the face of it, these programs often require the stealing of technology from the previous company to provide to the hiring Chinese one as a part of that process.

“So if you look back 20 years ago, what we were most concerned about was intelligence services targeting the U.S. government for classified information or targeting DOD technologies. And what we’ve seen over the last 20 years is the shift to private sector intellectual property research and development, particularly by China, who has been the most egregious one in stealing those technologies. And we’ve also seen their capabilities of China and Russia move from not only the human operations, but to cyber operations and to technical collection that has made it a difficult target to work,” Orlando added.

It’s worth noting that the U.S. Intelligence Community collects foreign intelligence just like the Chinese MSS. However, it’s the issue of how this intelligence is used that differentiates the two. Beijing won’t—and doesn’t— hesitate from collecting intelligence and stealing secrets to advance its economic purposes, including Chinese corporations, in addition to its national security.

The majority of countries employ their intelligence services in a similar manner. The French, for example, are historically notorious for their industrial and economic espionage, even against the U.S. Conversely, the U.S. collects foreign intelligence for national security purposes, rather than to share it with American corporations so that they can have a competitive advantage over their international competitors.

A Shift in Intelligence Collection

Official cover is when an intelligence officer is assigned to an embassy or consulate abroad under a diplomatic role, for instance, as political officers or consular officers. In addition to their diplomatic duties, these officers perform their intelligence duties during the day or at night. Although they are known to the local country—and other countries—and are restricted by their secondary diplomatic tasks, they do enjoy diplomatic immunity if they are caught.

Illegals in action: the 10 Russian intelligence officers caught by the FBI in 2010 (FBI).

Now there seems to be a third category that, although it has always existed, never used to surpass those standard approaches in volume of use. Non-traditional collectors aren’t trained intelligence officers of the SVR, GRU, or MSS but rather businessmen, researchers, and students who have legitimate jobs or conduct genuine research. They use their innocuous-looking credentials to act as surrogates or proxies for their intelligence services.

The case of Maria Butina, who was arrested and convicted for being a Russian agent in 2018, is a great example of this approach. Under the genuine guise of a graduate student at the American University, Butina infiltrated conservative and NRA circles seeking to assess and develop targets.

As the above examples show, the Chinese intelligence efforts are formidable and worth taking very seriously.