How Coronavirus Could Lead to Even More Racism 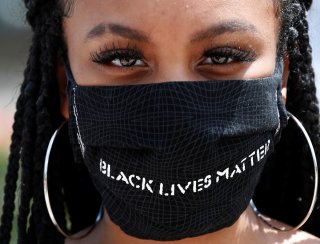 Pandemics are not only biological phenomena but also social phenomena. Throughout history, pandemics have been powerful engines of social change, exposing inequalities in the distribution of health and wealth, and prompting calls for the reform of social institutions.

In this respect, the mass protests sweeping the US in the wake of the death of George Floyd can be seen as a symptom of a deeper social pathology, one that has been brought to the fore by the coronavirus pandemic and President Trump’s blundering response to the health crisis sparked by COVID-19.

When Derek Chauvin was caught on video pinning George Floyd to the ground as he pleaded “I can’t breathe”, the image could not help but resonate with the way coronavirus has also been disproportionately choking the life out of African-Americans. As the Nigerian novelist and poet Ben Okri told the BBC: “The pandemic itself is about the very issue of breathing. I think that helped to strike a chord in people.”

Figures from the non-partisan APM Research Lab show that, on average, black Americans have been dying of coronavirus at nearly three times the rate of white Americans. In the UK, according to the Office for National Statistics, blacks are four times more likely to die from COVID-19 than white people.

The disparity may be due to several factors, including lower levels of vitamin D in BAME groups. But there is little doubt that poverty and job insecurity, coupled with the stressful living conditions of black people, who are overwhelmingly concentrated in decrepit inner-city areas, also plays a role. (In Washington DC, for instance, the death rate among blacks is six times as high as for whites.)

Harvard philosopher and activist Cornel West has said that the racial health disparities revealed by COVID is a demonstration of America’s “failed social experiment”. Whether or not you accept this verdict, these disparities are prompting questions about the fitness of the US public health system and America’s ability to protect its most vulnerable and disadvantaged citizens from contagious diseases.

Not the first time

Something very similar happened in 1849 when America was swept by cholera. Then, as today, the epidemic fell most heavily on the inhabitants of impoverished inner-city areas. In downtown Philadelphia, as Charles Rosenberg recalls in The Cholera Years, “a free couple of color” were found dead of cholera in a room measuring just four and a half by seven foot.

It was the same in the Five Points area of New York, where Irish immigrants were packed into rudimentary timber dwellings lacking running water and sanitation. The Irish bore 40% of the mortality. By contrast, wealthy New Yorkers from Protestant backgrounds generally escaped the ravages of cholera by fleeing to the country.

In 1832, when “Asiatic cholera” first arrived in the US, Americans assumed that religious virtue and the rustic simplicity of American life would protect them from this scourge from the east. But after 1849, New Yorkers could no longer ignore the connection between cholera and poverty.

And when in 1854 the English physician John Snow demonstrated that cholera was transmitted in water, the case for sanitary reform became overwhelming. Recognising that cholera was linked to overcrowding, unhygienic housing, and poor sewerage disposal, American sanitarians pressured boards of health to provide cities with safe water systems. Later, these boards became the models for local and state public health agencies.

More often, though, epidemics are occasions for discrimination against ethnic and social groups. When New York was struck by typhus in 1892, the city’s sanitary authorities blamed the outbreak on recent Jewish immigrants from Russia who had travelled in steerage and quarantined them on North Brother Island in the East River. By contrast, passengers who had travelled in the first-class sections of ships were not quarantined.

Discrimination was also the response in 1916 when cases of “infantile paralysis” erupted in New York. As I describe in my book, The Pandemic Century, the initial outbreaks of polio were centred on “Pig Town”, an Italian neighbourhood in South Brooklyn. Here, recent immigrants from Naples lived in tenements surrounded by piles of stinking garbage and free-roaming pigs.

As cases of polio multiplied and the papers filled with heartbreaking accounts of dead or paralysed infants, the publicity sparked a wave of anti-Italian prejudice. While Upper East Siders fled to their homes on Long Island, heavily armed policemen patrolled roads and rail stations to prevent Italians leaving the city. Health officers went door to door in Brooklyn to enforce isolation measures and hospitalisations.

In fact, non-paralytic cases of polio had most likely been circulating under the radar in the US since 1890. According to Yale historian Naomi Rodgers, only its appearance in epidemic form in New York was “new”.

Minority groups have, for the most part, gone along with restrictions on their liberty for the sake of the health of all. Yet when the freedoms of the majority are threatened, protest and violence often ensue. During the 1832 Russian cholera epidemic, for instance, the citizens of St Petersburg gathered in Sennaya square in protest at quarantines and cordons, which they considered a plot by the educated classes to repress the poor.

Accusing sanitary inspectors of spreading the disease, they sacked the city’s main cholera hospital and called for the death of doctors, who they suspected of poisoning their wells. It was only when Czar Nicholas I appeared in the square and ordered the crowd to fall to their knees, that the rioting stopped.

Conspiracy theories about the role of the medical profession in spreading cholera also fuelled riots in Britain. According to the historian of medicine Samuel Cohn, Britain saw 72 such riots between 1831 and 1832 with crowds “in the thousands that threatened the lives of physicians”.

The difference was that in Britain doctors were accused of using cholera as a ruse to perform dissections. This practice was known in Britain as “burking” after the 1828 scandal in Edinburgh in which William Burke and William Hare murdered sixteen people and supplied the bodies to a lecturer in anatomy at the Royal College of Surgeons.

In the case of COVID-19, similar conspiracy theories have sparked protests by right-wing militias and anti-vaxxers convinced that coronavirus is a ruse to rob Americans of their liberties through the enforcement of social distancing measures. Perhaps the most striking feature of these protests is that the demonstrators are overwhelmingly white and unmasked. In the case of the storming of Michigan state capital in April, the militias also carried arms.

The protests now sweeping cities across the US and in other countries have seen a similar disregard for social distancing. But by contrast, many of these protesters have been wearing masks bearing the words “I can’t breathe” out of respect for the threat that coronavirus poses to their and other people’s health.

None have openly brandished guns. Despite this, they have been met with national guardsman armed with rubber bullets and egged on by a president seemingly determined to inflame the situation.

Little wonder that in Minnesota, where black people account for a third of COVID cases despite making up 6% of the state’s population, Minneapolis city council vice-president Andrea Jenkins drew a direct analogy between the violence visited on black communities by COVID and the death of George Floyd. “Until we name this virus [of racism],” she said, “we will never, ever resolve this issue.”

Unfortunately, the tragedy is that the anger being directed at police forces across the US now risks unleashing a second wave of COVID infections that could prove as destructive as the first.