How Dangerous Is Iran's Army? 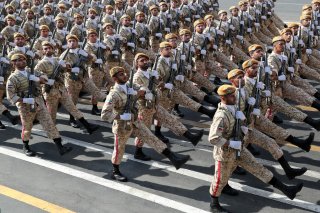 Here's What You Need To Remember: Iran’s sheer size, both in geography and population, are a deterrent to invasion. With Iraq struggling for its own survival, Tehran’s ground forces generally exist to secure the borders and keep the existing system of government in place.