How Democrats and Republicans React Differently to Coronavirus 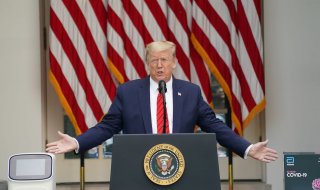 While the coronavirus does not discriminate across party lines, the same is not true the other way around.

President Donald Trump has accused Democrats of politicising the outbreak and repeatedly downplayed the pandemic’s significance, initially comparing the coronavirus to the “regular flu”.

In mid April, the president tweeted “LIBERATE VIRGINIA, and save your great 2nd Amendment. It is under siege!” as part of a highly controversial attempt to encourage armed protestors to end stay-at-home orders in several states with Democratic governors. In turn, Democrats have fiercely criticised the Trump administration for its handling of the pandemic.

As the pandemic progresses, we expect that these stark political differences will remain and could even intensify. To further explore partisan disagreement, we conducted our own national YouGov survey with 1,000 Americans on April 21, asking them a range of questions about the coronavirus. We found that political identity – whether somebody is a Republican or a Democrat – influences Americans’ willingness to adopt preventative health behaviours, for example whether or not they will wear a face mask or use hand sanitiser more often.

Years of social science research has pointed to the importance of perceived risk in motivating the steps people take to protect their health. In fact, in another recent study, we found that individualistic worldviews, such as a strong sense of personal freedom, were one of the most important predictors of risk perceptions of COVID-19 around the world. Those who scored higher on individualism were less concerned about the risk of COVID-19. This was especially the case in the US and the UK but less so in places like Mexico and South Korea.

In our new YouGov survey, we wanted to look not only at how concerned Democrats and Republicans are about the coronavirus, but also what actions they are taking to keep themselves and their loved ones safe.

To do so, we asked Americans about the steps they have taken to adopt 11 preventative health behaviours, ranging from washing their hands more frequently and wearing a face mask, to purchasing extra food and supplies. While a clear majority of people from both parties are adopting crucial health behaviours, such as washing their hands more often, we found notable partisan differences. For example, there is a 13% gap in the wearing of face masks: 67% of Democrats reported wearing them, compared to 54% of Republicans.

The largest gap (19%) occurred for the purchasing of extra food and supplies – reported by 55% of Democrats but only 35% of Republicans. Other differences were smaller yet still notable, as the graphs below show.

Perhaps such differences are not that surprising given that political leaders and public health officials have offered divergent and conflicting recommendations to the American public. In late March Republican governor Jim Justice of West Virginia told his residents: “for crying out loud, go to the grocery stores” and in early April Trump immediately undermined the Centers for Disease Control and Prevention’s recommendation for people to wear masks in public.

More widely, although there has generally been a large increase in the share of Americans who say that the coronavirus is a major threat to their health and the economy, significant differences between Republicans and Democrats have emerged in polls. On April 2, for example, Pew reported that while 83% of Republicans thought Trump’s response to the outbreak was either excellent or good, only 18% of Democrats thought so.

A recent working paper from economist Hunt Allcott and colleagues argues that partisan gaps are both real and consequential. Using an epidemiological model and GPS location data from smartphones, they show that such conflict can result in different rates of social distancing across the population. Controlling for other explanations such as the fact that Democrats tend to live in more dense urban areas where policies may be stricter, they find that polarised views on COVID-19 still result in inefficient social distancing. In fact, this inefficiency is associated with higher disease transmission and economic costs for the country than a scenario in which Republicans and Democrats converge on the same scientific beliefs.

Reducing political division over COVID-19 is crucial to addressing the pandemic. WHO Director General Tedros Ghebreyesus warned last month against politicising the virus, calling on countries to “please work across party lines”.

Although Democrats have consistently been more concerned about the coronavirus outbreak than Republicans, there is some evidence that the gap now appears to be narrowing.

Let’s hope bipartisan agreement can be reached on how to tackle one of the most severe public health challenges of our time. Without it, we are all likely to suffer the consequences.