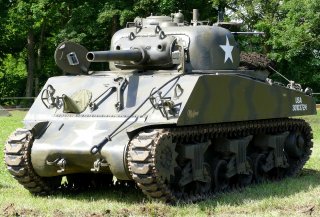 Here's What You Need To Remember: The Sherman wasn’t the best tank, but thanks to efficient American production methods it would be the most prolific.

From Export to Expediency

An Ecosystem of Weapons

This piece appeared earlier and is being republished due to reader interest.