How do Iran's Fighter Jets Compare to the U.S. Air Force? 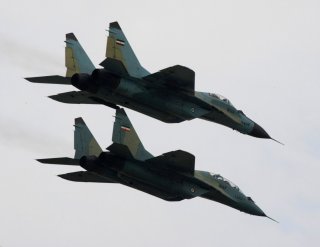 Here's What You Need to Remember: The common theme emerges that the IRIAF is patently incapable of defending the entirety of Iran’s airspace with conventional means. But provided that they have access to the right anti-air equipment and are able to use it proactively,

This article first appeared in May 2019 and is being reprinted for reader interest.