How Do You Arm A Million-Man Army? Ask North Korea 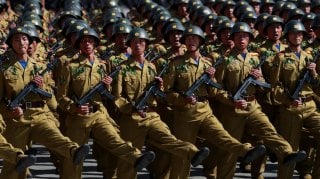 Here's What You Need To Remember: North Korea's arsenal is based largely on Soviet weapons—with a few interesting quirks.

This first appeared in February 2018.