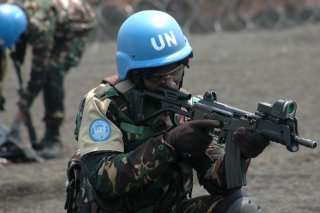 Here's What You Need To Remember: The Galil experienced limited export success, with the most visible (and controversial) sale to Apartheid-era South Africa. Israel’s experience with the Galil gave it valuable experience in the field of small arms and the assault rifle was superseded by the Tavor bullpup assault rifle in 2001. Although the Galil may be out of service today, the rifle helped create what is today a small arms industry all out of proportion to tiny Israel’s size.

Kyle Mizokami is a defense and national-security writer based in San Francisco who has appeared in the Diplomat, Foreign Policy, War is Boring and the Daily Beast. In 2009 he co-founded the defense and security blog Japan Security Watch. You can follow him on Twitter: @KyleMizokami. (This first appeared last year.)