How Glock Came To Rule The Handgun Market 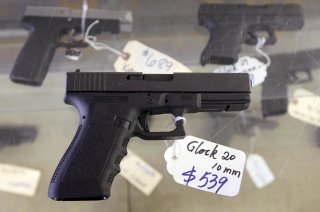 Here's What You Need To Remember: In the intervening thirty-five years, the Glock has become the dominant handgun in a crowded field of competitors. Despite stiff competition from countries emulating his polymer design, Glock 17 handguns serve with such diverse forces as the British Armed Forces, the Swedish Armed Forces, Indian special forces, the Iraqi military, the Israeli Defense Forces and the Yemeni military.