How Good Is France’s Leclerc Tank? The UAE’s War in Yemen Offers Clues 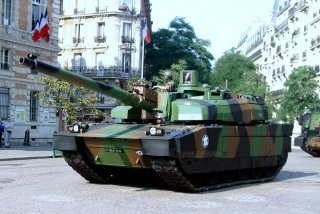 Here’s What You Need to Remember: So far there aren’t videos of Leclercs being destroyed — which can’t be said for the other vehicles of the coalition. Houthi rebels have filmed their destruction, by way of long-range anti-tank missiles, of at least nine Saudi M-1A2S tanks. At least five M-60 Pattons and two AMX-30s have also been destroyed. Additionally, the Houthis devastated a column of Emirati M-ATV mine-resistant vehicles in an ambush.

Complicating matters was that Yemen’s military was already engaged in intense counterinsurgency campaign against Al Qaeda militants who had carved out footholds in the countryside.