How Hitler Totally Blew It at Dunkirk 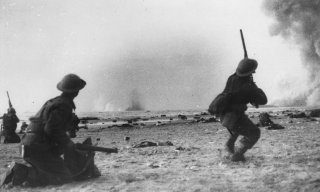 Here's What You Need to Remember: The evacuation was incomplete. Some forty thousand troops were captured by the Germans. The Scotsmen of the Fifty-First Highland Division, trapped deep inside France, were encircled and captured by the Seventh Panzer Division commanded by Erwin Rommel.

So with a blockbuster Hollywood movie on Dunkirk hitting the silver screen this July, one would think that Dunkirk was a British victory.