How a Hunting Rifle Inspired the U.S. Army's Sniper Rifles 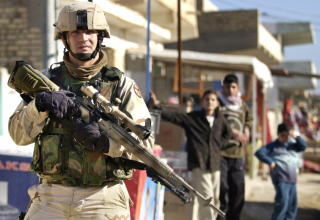 Here's What You Need To Remember: The ability to draw on a hunting weapon and turn it into not one but two sniper rifles is a testament to the Model 700’s excellent design.