How India is Becoming a Naval Powerhouse 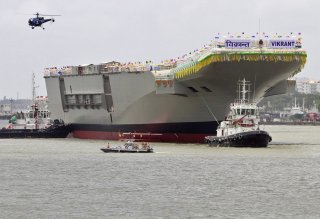 Here's What You Need To Remember: India has committed to carrier aviation, and has the resources and experience to develop a successful force.

This article by Robert Farley first appeared in 2018