How the Loss at Leyte Gulf Shook Japan to Its Core 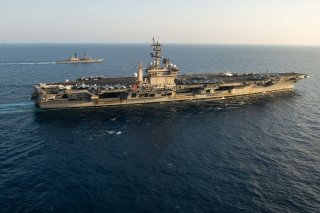 Leyte wouldn’t be the first legend to captivate subsequent generations to the detriment of wise strategy. Think about the Battle of Trafalgar (1805), where Lord Horatio Nelson’s outnumbered Royal Navy fleet vanquished a Franco-Spanish fleet near Gibraltar. Trafalgar swiftly took on sacral overtones. The clash even came complete with its own secular saint, Lord Nelson, who fell during the engagement. The historical Trafalgar soon degenerated into “Trafalgar,” a parable of naval strategy and derring-do whose lessons the Royal Navy old guard deemed beyond criticism.

Indeed, maritime historian Sir Julian Corbett may as well have been uttering heresy when he reprimanded Nelson for risking a “mad perpendicular attack” on the Franco-Spanish battle line. The guardians of tradition rejected much of Corbett’s sea-power theory simply because he departed from that tradition. Clinging too tightly to a navy’s heritage—or to any particular idea about how fleets should transact business—risks applying cultural blinders to strategic deliberations. Henry Stimson, Franklin Roosevelt’s secretary of war, called the Navy Department a “dim religious world in which Neptune was God, Mahan his Prophet, and the United States the only true church.”

Stimson was referring to the baleful effects of making a cult out of Alfred Thayer Mahan’s sea-power theories. But he could just as easily have been warning against extracting a set of fixed, simple lessons from complex events. Unless strategists and tacticians remain intellectually nimble, they can erect impediments to creative strategic thought. By all means, let’s study the Battle of Leyte Gulf and other great enterprises. But let’s also keep our findings provisional—subject to revision as time, technology and warmaking methods move on.

James Holmes is Professor of Strategy at the U.S. Naval War College and coauthor of Red Star over the Pacific. The views voiced here are his alone. This first appeared earlier and is being reposted due to reader interest