How the Mediterranean Sea Became a Russian Navy Playground 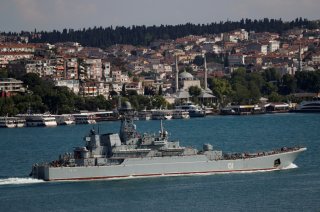 Here's What You Need to Remember: Russia faces severe challenges in maintaining a meaningful naval presence in the Mediterranean, Gorenburg points out. Russia’s economy is sputtering, the country’s shipyards have been plagued by delays, and supplying its Mediterranean forces through the Bosporus chokepoint in wartime could be a problem.