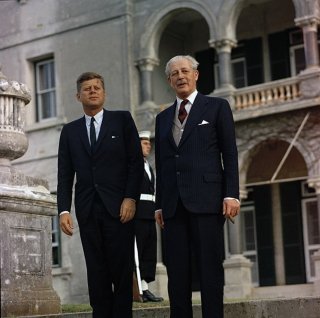 Here's What You Need to Remember: In an eerie echo of today’s concerns about allied nuclear proliferation in Asia, the incoming Kennedy administration viewed the UK’s independent nuclear deterrent with serious misgivings.