How Russia Could Make the Arctic Its Own 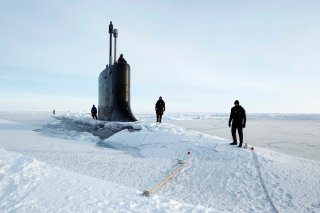 Here’s What You Need to Remember: The legacy systems of the Cold War have left Russia well prepared for competition over the Arctic.

While newer boars are coming online, the Akula is a monster of a boat that can carry a vast arsenal of weapons. Although built in the 1980s, the Akula can operate effectively in anti-submarine roles (either under the ice or under open seas), and in anti-shipping roles (where a reduction in surface ice can make cruise missiles somewhat more effective). The Akula isn’t quite as quiet as its Western counterparts, but it makes up for that deficiency in size and weapons load. The Russian Northern Fleet, normally tasked with arctic ops, currently maintains six Akulas, which regularly operate under the icepack.

This article first appeared in December 2014.