How the Russian Air Force Would Pummel the Baltic States 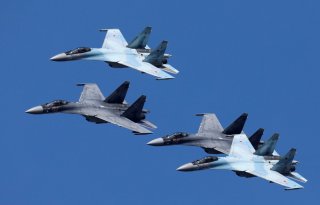 Here's What You Need to Remember: While these recommendations are practical, the salient fact is that Russia is big and the Baltic States are little, too weak to really defend themselves against Russian invasion without Western intervention. On the other hand, stronger air defenses would make any Russian attack more expensive, which might exert some deterrent effect. That’s as much as the Baltic States can hope for.