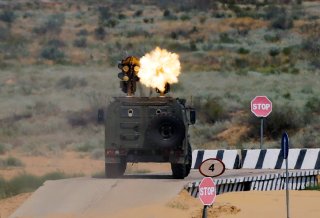 Here’s What You Need to Remember: Developed following the fall of the Soviet Union in 1994, the Kornet was meant to defeat all current peer tanks, including the Leopard 2 and M1 Abrams tanks.