How to Save California’s Housing Market from a Growing Disaster 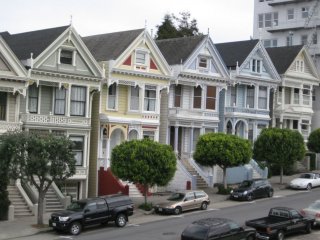 Despite a pandemic, recession, and unemployment at higher than 8%, the price of a home in California is reaching record levels, with the median San Francisco Bay Area home going for just short of one million dollars. To Californians, this will come as little surprise, but it’s worth putting it in context: according to the National Association of Realtors, almost 58% percent of counties nationwide have median home prices less than $150,000. Paradoxically, home prices are nearing record highs, but rents are down from their pre‐​coronavirus peaks. While the pandemic‐​induced economic conditions are unique, California continues to face the same underlying problem that has priced out many Californians for decades: the state has a shortage of housing units, largely because of government regulations that drive up the costs of production.

It’s clear that housing prices in California are high because the state has a housing shortage. California has fewer housing units per capita than any other state except Utah – although this number continues to decrease. Even low‐​end estimates show the state over a million homes short of what it needs, with more widely‐​accepted estimates showing a 3.5 million home shortfall. Home prices continued to show year‐​on‐​year increases early in the pandemic, in part because prospective home‐​sellers became more reluctant to list their homes. As the pandemic raged on, home prices continued to rise as potential homebuyers took advantage of lower mortgage interest rates.

The rise in home prices is juxtaposed by a more welcome trend: rents in many of California’s high‐​cost metropolitan areas have continued to drop since the pandemic began. This is important because low‐​income households are more likely to rent than to buy homes; the unaffordability of rent can place a harsh burden on the poor. It is a welcome development, then, that rents dropped in some of the most expensive cities. But the broader picture is cause for concern. While Los Angeles, San Diego, and Bay Area cities saw median rent decline during the crisis, midsized cities like Sacramento, Bakersfield, and Salinas saw continued increases, and rents in California still remain much higher than elsewhere in the country.

The cross‐​cutting trends in the average home price versus average rent raise the question of how such indicators could be moving in opposite directions. The most obvious answer is that this results from the difference in short‐​term and long‐​term expectations. This requires jumping a little deeper into questions of how homes are valued. Clearly, they derive some portion of their value from the money a homeowner could make by renting it out, or how much they could save by living in the home instead of renting from someone else. If property owners expect rents to increase again in the near future, that aspect of value has remained unchanged for most homes. On the other hand, renters likely have more flexibility about where they live. The switch to remote work has allowed many individuals from high‐​cost areas to move to places where the cost of living is lower, potentially pushing prices down, while homeowners or homebuyers may have less flexibility with location and therefore fewer options. This reasoning is supported even further by the continued increase of rents in midsized cities and the Central Valley, where more residents work in industries that cannot easily adapt to remote work.

It’s likely that the dip in rent is a short departure from the longer‐​term trend of rising housing prices. There’s precedent for this in previous economic disruptions: home prices decreased in San Francisco after the Dot‐​Com bubble burst, and statewide after the 2008 financial crisis. In both cases, home prices eventually surpassed their previous highs. And while remote work may have changed the balance of jobs and housing in California’s larger metropolitan areas, it hasn’t changed that balance enough to solve the problem over the long run. For California to achieve a rate of housing units per capita equal to the national average, 5.8 million residents (almost 15% of the population) would have to move out‐​of‐​state. Even amid a pandemic and the associated economic disruption, that’s an unrealistic approach to a problem that the government has created; it’s also a poor strategy that would likely hinder California’s economic growth.

We’re confident that the approach we’re taking to housing in California is the right one, and that our recommendations will help California’s policymakers get the state out of a mess that it has entrenched itself in for decades. Even though short‐​term disruptions have led to decreased rents, steadily increasing home prices show that housing affordability will be out of reach for many Californians for years to come. This stems from the state’s long‐​running housing crisis, which can only be tackled with the sort of bold – if imperfect – steps that some municipalities in the state are already starting to take. The solution to California’s housing crisis is the same as it was before the pandemic: build more homes.