How Should Congress Respond to Big Tech Deplatforming Trump 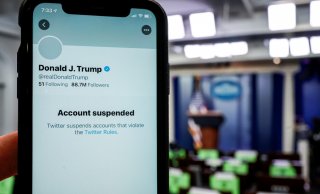 Launching a new administration involves thousands of decisions about appointments, budgets, executive orders, foreign leader contacts, legislative agendas, and the like. Planning begins long before the November election. But I suspect that President Joe Biden and his team are engrossed in at least one conversation no one had planned: What should we do about Twitter?

The way Big Tech companies responded to the attack on the US Capitol forever changed the companies’ futures. Twitter and Facebook suspended then-President Donald Trump’s accounts, and other platforms followed suit. Apple, Google, and Amazon effectively closed down Parler, the most prominent platform that was not shutting down the president. Twitter was only one player in these shutdowns, but it will be the focus of most of the discussions because it is the most prominent platform for political communication.

Shutting down an important communication channel for a head of state during a national crisis event is not to be taken lightly. And while the Biden administration and Democrats might have been fully on board with deplatforming Trump even before the Capitol mob formed, they now have to be wondering if they want to allow a company to have that kind of power over them. And I suspect most heads of state around the world are wondering the same thing. I think they will say “no.”

What can policymakers around the world do? There are several options. One is regulation that would prohibit a platform from cutting off high-level officials without government permission. This issue is ripe because many governments are already moving to regulate Big Tech. And there is a conundrum at least in the US regarding Twitter control: If a politician’s Twitter account is a public forum to which government officials cannot refuse access, what is the logical basis for allowing the social media company to do exactly that?

Regulation might include declaring the platforms to be common carriers like telephone companies. Common carriers generally have an obligation to serve anyone who requests service and abides by the terms of service (these terms are regulated). This will look attractive because it appears simple and nondiscriminatory. But common carrier regulations often stifle competition because rivalry works best when competitors treat different customers differently. This happened in railroads, airlines, trucking, and telecommunications. Thus common carrier regulations would either damage social media companies’ businesses or incorporate protections from competition, which also happened in all of these common carrier industries.

Some countries may attempt to develop government-owned social media platforms or maybe even take over internet service entirely. These options were under discussion even before the situation with Trump’s Twitter account. But these attempts will likely fail as state-owned platforms will struggle to attract enough attention to be viable.

One variation could be a government-owned portal from which communications are sent with mandatory interoperability for social media platforms. This could be as simple as emulating or contracting with a service such as Hootsuite. But mandatory interoperability would slow innovation because governments would struggle to keep up with dynamic social media platforms, and a government portal would not resolve the potential blocking problem.

Most countries will use this opportunity to pursue government involvement in content moderation. Facebook supports this, and Twitter could be moving in that direction as CEO Jack Dorsey has embraced having a third party establish social media standards. Governments will want seats at the governance table, and some will want to own the table. The Barack Obama administration endorsed a government role in internet governance, and other governments are pressing to go much further. Look for the Biden administration to embrace government involvement in content moderation.

As this evolves, Big Tech regulation will become a multilateral issue, with officials from multiple countries playing leading roles and pursuing their individual interests. Customers will diminish in importance because governments will largely determine winners and losers. Users will be less trusting of Big Tech, so blockchain and encryption will rise in importance for users.