How Snake Oil Got A Bad Name 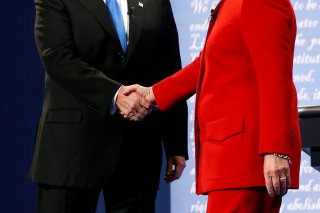 During the pandemic, the pejorative term “snake-oil salesman” has been bandied about a lot. It’s been used, perhaps with a tinge of 1980s nostalgia, to describe convicted fraudster and serial opportunist Jim Bakker, whose colloidal Silver Solution required only some deft rebranding to become a specific curative for COVID-19. For this, the televangelist found himself on the receiving end of multiple cease-and-desist letters, followed by lawsuits, from several US states. This past June, at least one suit was settled when Bakker agreed to return the “donations” his ministry had collected in exchange for his product.

Then there are the “Snake-Oil Salesmen of the Senate”, as a New York Times opinion piece labelled them. This referred to a collection of Republican senators and the medical experts they had invited to a hearing about hydroxychloroquine, a drug hyped early in the pandemic by Donald Trump as something he had a “really good feeling” about.

The opinion piece’s author, Ashish Jha, the dean of the Brown University School of Public Health, had warned at the hearing against deploying the drug against COVID. Dr Peter McCullough, a cardiologist at Baylor University Medical Center, described Jha’s testimony as “reckless and dangerous for the nation”.

Just to confuse matters, Floridian reptile squalene – actual snake oil – has been credibly proposed by scientists for use in COVID vaccines. Its use would serve double duty: it would help to boost the immune system response, while also helping control the population of invasive Burmese pythons ravaging wildlife populations in Florida’s everglades.

The origins of snake oil

Each of these cases quite aptly recalls the long, fraught history of snake oil. This therapy changed in reputation over several centuries from the tried and true (especially for ailments like rheumatism) to the dark and dangerous; from a symbol of the unregulated populism of American medicine in the late 19th century, to a barb in the early 20th century that people in the medical business used to ridicule the competition.

Until the late 19th century, snake oil actually led a decidedly uncontroversial existence. Across many cultures and countries and over several centuries, its qualities – among which are an abundance of omega-3 fatty acids – made it the go-to medicine for many ailments. Though medical journals of the late 19th century denounced the stuff as one of the “ancient medical delusions” imported from Europe, a more common attribution was to Native Americans, who had purportedly passed on therapeutic knowledge of snake oil to early European settlers.

There are other origin stories. One wildly popular and oft republished late-19th-century newspaper article credited “African voodoo doctors” as snake oil’s source. Another version had Chinese migrants bringing it with them in the 1840s, spreading it across the country as they laid the tracks of the transcontinental railroad and used it to ease the pain in their aching joints.

Wherever it had come from originally, snake oil was all the rage over the mid-19th century, boosted by American “medicine shows” and the salespeople who worked them. It was the “cure for Rheumatism, Deafness, Catarrh, Hay Fever, Cramps, Pain and Sore Throat of any nature”, ran one typical advertisement. One company promised to pay US$1,000 to anyone whose rheumatism was not “cured or helped” by its Rattle Snake Oil. Another, selling Dr White Eagle’s Indian Rattle Snake Oil, offered to send anyone with 50 cents (plus 10c for postage) a trial bottle containing enough oil to prove its worth as the cure to “any ordinary case of rheumatism or catarrh”.

To be sure, many who hawked their wares at these travelling medicine-shows rivalled Jim Bakker in their audacious manipulation of audiences, most of whom were enticed there by the highly acclaimed free entertainment (Harry Houdini got his start on the medicine-show circuit).

But medicine-show audiences were likely far cannier than they have been given credit for – they knew they had to wait through the ads to get to the good stuff. And while they understood that what was on offer might not be especially effective, the bottled snake oil also wasn’t much less effective than something an orthodox medical practitioner might have on offer. And it was far, far cheaper.

For their part, hucksters at these shows knew they’d see these same audiences again the next time through, so their aspiration was not the quick grift but, in fact, something more like brand loyalty. If theirs was a con, it was a very long con that was hardly distinguishable at the time from the way other medical practitioners operated.

What really sealed the fate of snake oil salespeople as the scammers and fraudsters we now take them to be, was not new information about the effectiveness of their wares, but rather the shifting fortunes of the medical marketplace. The 1906 Pure Food and Drug Act threw up new barriers to exactly the kind of unregulated interstate commerce that drove the medicine shows.

At the same time, professional medical organisations like the American Medical Association (AMA) began a powerful marketing campaign to discredit the competition, regardless of its ability to address and treat illness. Those who had been equal players in the 19th-century medical marketplace suddenly found themselves standing on the wrong side of history in the early 20th.

Given the contempt shown for the medicine show by groups like the AMA, it was somewhat ironic that another powerful medical association, the American College of Surgeons, adopted much the same format to hawk its own product: the standardised hospital. Sandwiching sermons of medical orthodoxy within a lineup of entertaining films, music and other exciting events, the college worked to convert the crowd from patent medicines to the care offered by their local hospital.

If the audience was sceptical and impatient for the show to go on, they had a right to be, since hospitals had long been notorious deathtraps. But both the familiarity of the format and the demonstrable improvements made to hospitals over this period made the travelling shows a raging success. Yesterday’s snake-oil sales tactics had become good medical practice.

Caitjan Gainty is a Senior Lecturer in the History of Science, Technology and Medicine, King's College London