How the SR-71 Blackbird Outran Over 4,000 Incoming Missiles 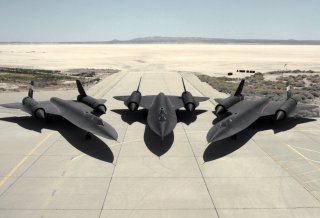 Here's What You Need to Remember: According to a 2017 report by Airman magazine, “the Blackbird evaded all 4,000 missiles fired at it and, to this day, remains the only Air Force aircraft to never lose a crewmember associated with it; whether in the air or on the ground.”

Shul’s piece noted that the life of the Blackbird coincided with the terms of six U.S. presidents. Assuming the clock starts with the first mission in 1966 and ends with its retirement in 1990, those presidents were Lyndon Johnson, Richard Nixon, Gerald Ford, Jimmy Carter, Ronald Reagan and George H. W. Bush. However, Lockheed began the development of the project when Dwight Eisenhower was still in office, and had its first flight during the Kennedy Administration, and the last flights took place during the presidency of Bill Clinton.