How Syria Became a Battleground for Israeli, Iranian, and Russian Influence 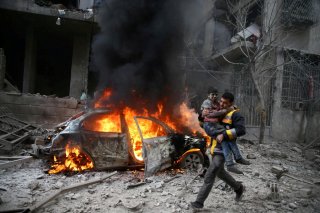 Here's What You Need To Remember: In truth, even the support of Iran and Hezbollah was not enough for Assad to win the war—but they kept his regime on life support. It was the intervention of Russian military and mercenary forces starting in the fall of 2015 that finally turned the tide.